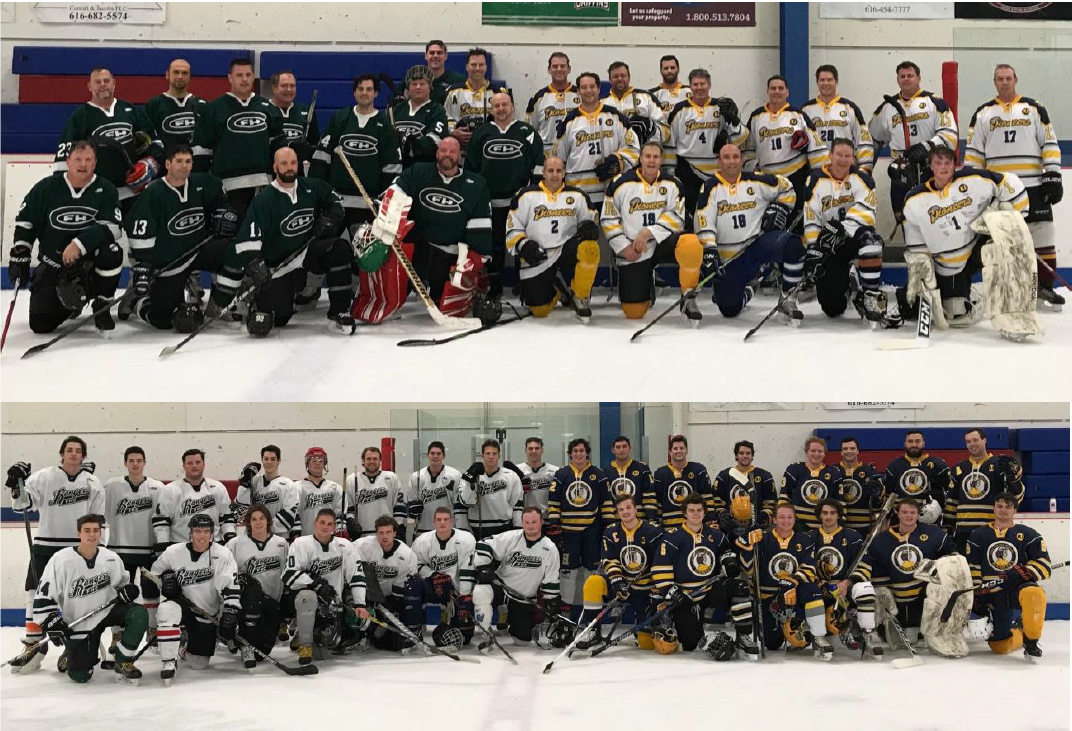 Old friends and old rivals renewed acquaintances on the day after Thanksgiving as East and Forest Hills Central played a pair of alumni hockey games leading up to the Friday night varsity game at Patterson Ice Center.

The alumni games were divided into two age groups, with players 35 and older in the first game and more recent grads in the second one. Tyler Morrill '17 played goal for East in both games.

East got off to a challenging start in the Over 35 game as the goalie equipment Morrill was borrowing from a friend turned out to be locked in a different rink. Jon Corretti ably filled in until Morrill arrived halfway through the second period. In a back and forth affair, the game ended in a hard-fought 9-9 tie.

In the Under 35 game, with Morrill between the pipes from the start and several current East players looking on, East took a quick 2-0 lead before FHC fought back to take the lead. In the end, East tied the game in the last few minutes and then won it with only seconds left on the clock.

Following the alumni games, the players enjoyed pizza and drinks before watching the East varsity hockey team skate to a 5-0 victory over Forest Hills Central. All in all, it was a full, fun day and night of hockey for players from both schools, young and old.