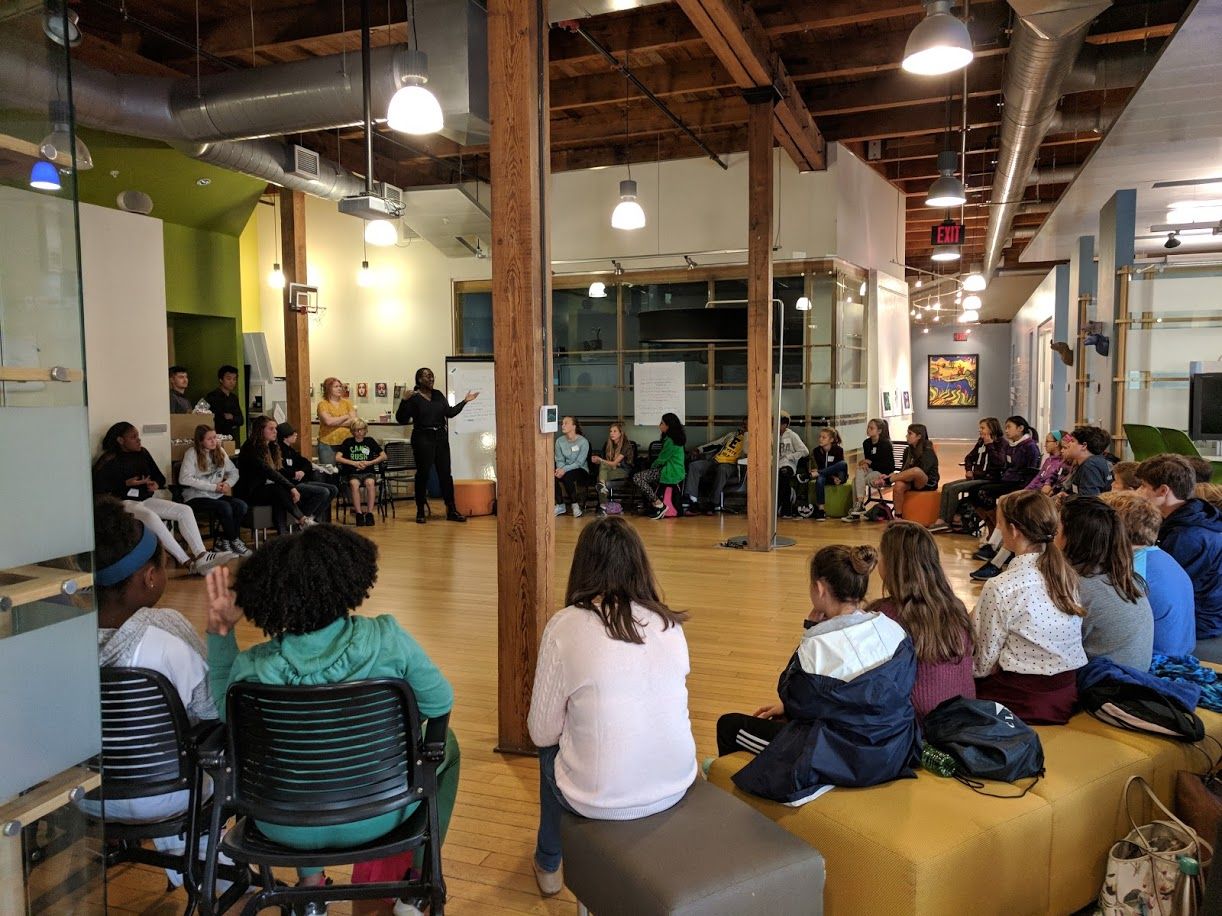 Middle school. Looking back, the phrase might conjure up memories of awkward interactions, intimidating hallways, and embarrassing acne. But if you’re in the thick of it right now at East Grand Rapids Middle School, you have an opportunity to create a school culture that’s more inclusive, caring, and open, thanks to a recent grant from the East Grand Rapids Schools Foundation to the Champions of Diversity Committee.

According to Steven Brinks, EGRMS Spanish teacher and Champions of Diversity Chair, the committee originally formed in order to plan events, such as the annual Martin Luther King, Jr. Day assembly and the spring Day of Caring. Both of those come from the same idea, Brinks says: “that we include others, care about others, learn about them, celebrate who they are.”

But the committee also began talking recently about how to broaden its role to make space for students to talk about issues of race, ethnicity, gender, and family structures – issues they knew students were wondering about but were unsure how to address. “The whole committee conversation began to focus on, how do we do something intentional, sustained, that touches every student?” Brinks says.

At the same time, Principal Anthony Morey and Assistant Principal Shelly Shram were undergoing training in Restorative Circles with an Ann Arbor-based organization called The Neutral Zone. An idea was born: What if EGRMS students could participate in this kind of training experience, then use their new knowledge to influence the culture of the school?

So this school year, the first cohort of 40 students participated in a two-day off-site training at Grand Rapids nonprofit WMCAT and at The Neutral Zone, with support from the Foundation for transportation, facilitation, and other costs.

Teagan Walsh, a sixth-grade student who participated, describes a circle activity where one person created a beat, the next person added on, and each person in the group contributed until they’d created a unique song that “sounded amazing,” says Walsh. “I kind of feel like that was a little bit about how including everybody makes it better.”

As part of the cohort, Walsh also had the opportunity to interact with this year’s MLK Assembly speaker, Lisa Knight, who asked the group to dialogue about empathy by talking about how their shoes (or snow boots, in Walsh’s case) felt. “Then we took off our shoes, had to pick a random pair of shoes, and walk around in those shoes blindfolded,” says Walsh, who picked clogs and found them surprisingly comfortable.

Another student participant, seventh grader Ethan Rapoport, says his favorite activity was when the group was asked to look at a map of the school building and pinpoint the places where bullying was most common. Students overwhelmingly singled out the hallways, gym, and lunchroom as being challenging locations, and then talked about potential ways to create more belonging in those spaces.

“Around lunchtime, I notice that the kids who were in the training – we talked about what to do if someone is sitting alone – and I’ve seen that happen during lunch,” says Rapoport.

Eighth-grader Amelia Albers mentions an art activity that asked students to cut pictures out of magazines, draw themselves, then collage the drawings with scraps of pictures that represented their identity as a way of connecting and communicating. “A lot of the things on our sheets were the same,” says Albers. “We learned what we had in common – and what’s different that we could talk about and share.”

Going forward, Brinks says the grant has allowed the faculty and the students to create a shared vocabulary for discussing challenging issues – and that it’s been part of the inspiration for creating the proposed BRIDGES program, a potential school-day change currently being considered by the school board that would, among other things, implement a new course for all middle school students. (BRIDGES stands for Building Relationships through Inclusion, Diversity, Group Experiences, and Self-Actualization.) Brinks wonders: “How do we harness our students to continue to have an impact and influence and participate in this process, in making this place a better place?”