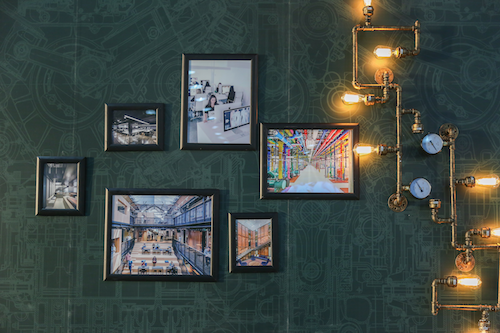 Scholarship Background:
When Charles B. Ridenour Jr. was a student-athlete at Holland High School, his seasonal goal was always to do better than his friends on the teams at East Grand Rapids High School. When Chip was transferred to West Michigan in 1978 as a representative of a major hospital supply manufacturer, there was only one place he knew he wanted to live: East Grand Rapids.

Chip quickly adopted EGR as his own. He was a fixture at EGR athletic events, and he developed a wide circle of friends among East residents. When his daughter, Concy, was born in 1989, he was excited not only about the prospect of following her through the EGR schools, but of becoming more involved himself in school activities.

That dream was cruelly cut short in November 1996 when Chip passed away after a brief but heroic battle against cancer. The EGR Schools Foundation seemed immediately appropriate as the beneficiary of memorial gifts. The generous response has enabled friends and family to establish an annual memorial scholarship to honor those values and qualities which were central to Chip’s personality – the speed and ease with which he made, retained and nurtured friends; the obvious genuine regard for the dignity of each individual; and the ability to bring cohesion into even the most potentially divisive situation. His friendly conversation wasn’t just a gesture—it was sustained by a very real care and concern for all of his friends.

As Chip’s great friend, Bob VenHuizen wrote,”….most of all, Chip just made us feel better about the world. There’s a certain joy we’ve known as Chip’s friends that we can keep forever….and maybe even recreate in some future generations. And it will certainly tell the world how much we value what we’ve learned and shared with Chip….and now each other.”

About the Scholarship
The Charles B. “Chip” Ridenour Memorial Scholarship is given annually to:

The scholarship will fund up to $1,000, based on the value of the fund at the end of the previous fiscal year, for post-secondary education costs. Nominations may be submitted by faculty, administrators, staff, Clergy, friends, family or neighbors. The deadline for submission of nominations is May 6.