A Virtual Cup of Coffee with Elizabeth Welch '88 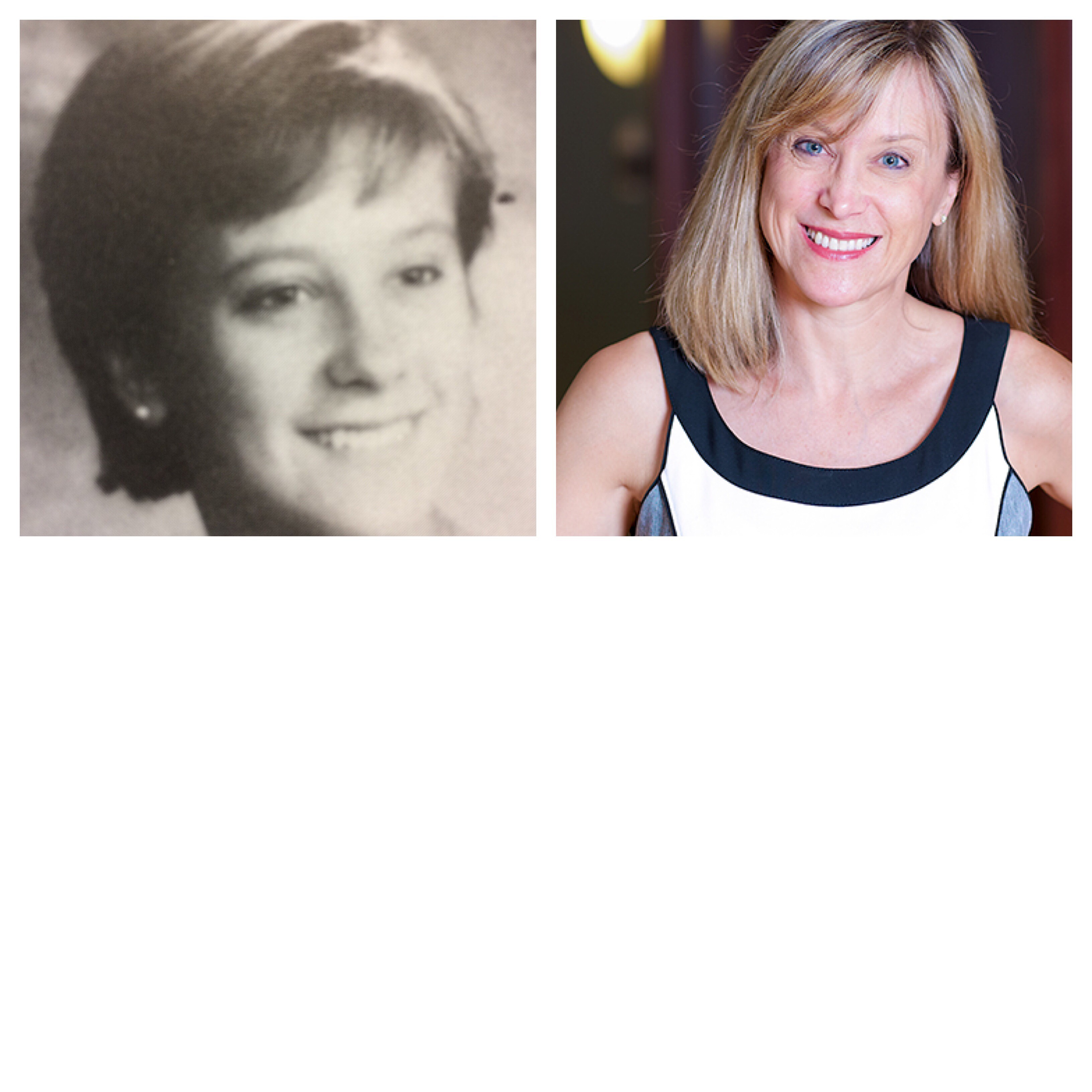 Elizabeth Welch '88 is this year's recipient of the Foundation's Community Service and Leadership Award. She'll be honored at the Community Service and Distinguished Alumni Awards Dinner November 1 at Thousand Oaks Golf Club. Elizabeth has spent most of her adult life advocating for public education. She has fought against cuts to school funding and advocated for our students and schools as both a Trustee of the East Grand Rapids Board of Education and a concerned parent.

You can only have one: Rose’s caramel corn, an ice cream cone from Jersey Junction, or a Yesterdog. Which do you choose?

Depends on the time. Jersey Junction if it’s a summer evening with my family. Yesterdog if it's one in the morning.

What was your path from East Grand Rapids to where you are now in life?

I was introduced to many people in our community as a child who were working to make our greater community a better place. They really were role models to me, although at the time I had no idea of the amazing trails they were blazing. It was just the norm to me to be surrounded by some amazing people, especially women. While I never planned to move back to my hometown (nor did I plan to send my children to the same elementary school I attended, with some of the same teachers!), I am profoundly grateful my career path as an attorney evolved the way it did. I was recruited by some firms in town to "take a look" and “return home.”  All the work I have the privilege of doing for schools in my community and beyond is largely because of the decision to move back to such a supportive environment.

Discipline and hard work--as well as the value of teachers (and staff) caring about you.  From early reading intervention in the elementary school--where I struggled--to difficult honors courses in the high school,  I truly was well prepared for both college and law school. Teachers and staff along the way were instrumental in making sure I succeeded. Essay exams? No problem after Mrs. Graham. While neither college nor law school was easy, the workload wasn't shocking, as it is for many students when they arrive into competitive environments.

People are surprised to learn that when I was in elementary school I was quiet and a bit shy. School was really hard for me. I didn't really figure it out until around 7th grade.   Somewhere along the line, I also found my voice. As I like to tell my kids, I was one of the kids "in the middle." Like many of us at that age, I didn't consider myself "smart" or "cool." I worked really hard in school--it didn't come naturally for me. So while I received good grades, I was surrounded by others in my classes who seemed just naturally brilliant. I was not that kid--at all. I had friends from many different groups; I didn't fit neatly into any "category."   I had friends from my elementary years, older and younger friends from swim team, and friends from Latin (so many wonderful Mr. Norman memories), many of whom I have reconnected with as an adult through the power of social media. As my 30th reunion approaches, many of us are messaging and posting about this issue. We have all changed, but those early years really do shape us.

Did you have a favorite teacher or class?

Too many to single any one out.  The entire English Department was amazing. Mrs. Graham (and then Mr. Froysland and Mrs. Mitchell) prepared me for my career direction. The reading/writing required in their English classes was rigorous. I loved the literature and while the writing was difficult, it prepared me well for my future career. I also have to give a shout-out to Mr. Sink. Math was definitely not my favorite subject as it was very difficult for me. He devoted hours to those of us who were not "honors track" math kids, holding pizza study parties at his home with big groups so we could work together to understand concepts. It was the hardest-earned ‘A’ I ever received. And he was SO excited teaching math. He exemplified to me all that an inspiring teacher can be--even in a subject that you do not love.

If you had to choose one moment in one location to serve as the signature moment of your East school experience, what would it be?

Probably the pool. I joined swim team late for EGR.  Many kids start competitive swimming very young, but I did not. I joined the two-a-day summer schedule before freshman year. I was average (actually below average for our incredibly talented team) but worked hard to catch up the best I could. I missed qualifying for state by a sliver of time after repeated near-misses--and was heartbroken. It's odd to pick a moment of failure--but it was such a big part of my goal-setting and work in high school. I learned so much about myself and others (and of course with the passage of time, perspective. See next answer). I was surrounded by college-caliber swimmers who all cared so much and supported me. If you can survive swim team, there's a lot you can do in life later. I am profoundly grateful for the doors Title IX opened to so many girls.

What do you know now that you wish you’d known then?

Perspective. Things that seem earth-shattering when you are in high school actually are just learning experiences. You will do better next time and learn from it. Your failures and social mishaps in fact will be vital to your success as an adult.

Do you stay in touch with many people from East Grand Rapids?

I did not much prior to moving back home. I was out of state for school and the start of my career. I of course eventually moved back to EGR (after living elsewhere in the GR area) and thus now know so many amazing people in our community. EGR draws many talented people from so many interesting backgrounds from other parts of the country and world. I did reconnect after moving back with fellow graduates, most of whom were in different social circles than I was growing up. One in particular was pretty important--I met by husband Brian Schwartz (Class of ‘84) upon his return to EGR after 30 years away. Alas, neither of us really thought we would both live here and be raising our (now almost-grown-up blended) family here. We both navigated different paths returning home, but are grateful EGR brought us together later in life.

What advice do you have for young East alums who are just starting out?

You are incredibly lucky to have grown up in this community, but make sure you get out into the world and expand your network. Use the education and investment made by your parents and community to ensure others have the same opportunities.

Who else would you like us to have a virtual cup of coffee with?

Marjorie Bradshaw. We were close as kids and then drifted apart as we grew older, but have reconnected via social media. Everyone should be following her blog (especially if you are from EGR as she references her very large, well-known family often as well as many things we all grew up with). She is real, raw, courageous, and hilarious. And brilliant. Seriously. Follow her.

Bonus question: What are you glad we didn’t ask you about?

Sixth grade. Hard year. Probably for more than just me. Special shout-out to all the teachers and staff (Mr. Frazier, Mr. Paluska come to mind from my years there) who love teaching the middle school years.