Marching Band Will Get New Sousaphones Thanks to Foundation Donors 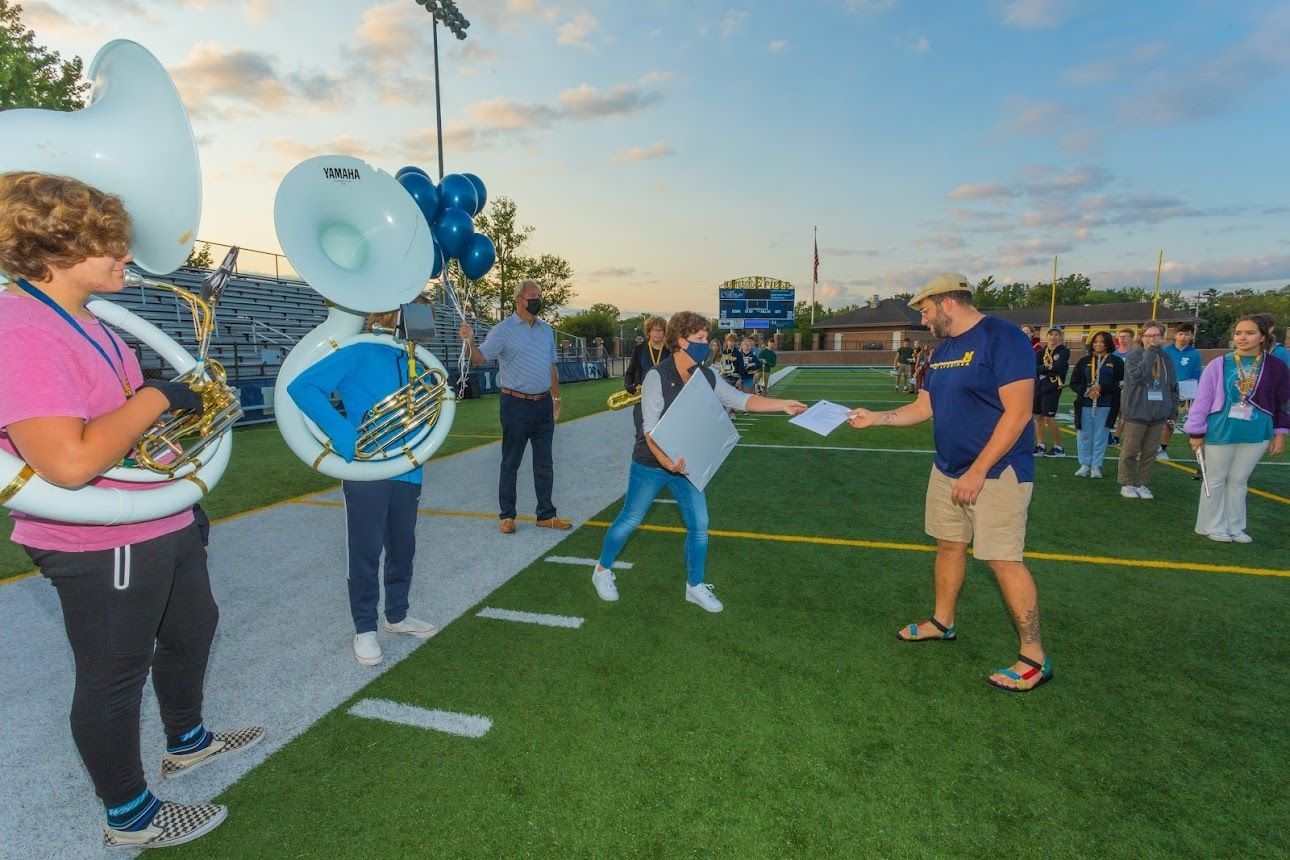 Look at that picture. Closely. At the sousaphone (or, as most people call it, the tuba) on the right. See those chips on the top? Just above and to the right of the brand name? It looks like someone took two bites out of it.

Those two missing pieces are the most visible evidence of something marching band members have known for a long time: Our sousaphones are worn out. So last fall, you should have heard the enthusiasm when we presented the band with a check for new sousaphones during their morning practice on Memorial Field.

“Are we going to have the same sousaphones Tomer uses?” one student asked, referring to Tomer Andegeko, who played sousaphone in the marching band at the University of Michigan.

Since that exciting day, unfortunately, there have been a few wrong notes along the way. “Due to the global supply chain issue, our new sousaphones haven't arrived yet,” Castillo says, “but when they do, it will mean our students look and sound so much better!”

There’s still time for the new instruments to arrive before the thick of sousaphone season. “Luckily for us, we use the sousaphones from after graduation until November, so we are going to be alright,” Castillo says. “The band program is so insanely fortunate to have all of this support. The daily phrase we as a band team use is ‘Where do we teach!?’ We are so enabled to create amazing experiences for our kids.”

Want to see more of what you did this year? Check it out.